It’s easy to think that you don’t need privacy, because you think you have nothing to hide or because you don’t care if a company tracks your data. Privacy is not just about hiding your data from advertisers or other groups, it’s about limiting to power and influence that these groups gain from your data.

Governments have the most power and control over their citizens in countries where people have the least privacy. When people know they are being watched, they have less individual freedom. This is especially true under governments that squash out any resistance or criticism they receive.

Tech companies like Google and Facebook have demonstrated how powerful and valuable user data has become. These companies use this data to target advertisements, and they make billions of dollars from these ads.

If people are allowed to hide their identities, they can speak their mind openly without fear of the consequences. Privacy encourages information to flow freely, even if it’s critical of the people or groups in power. The press also relies on privacy for their anonymous sources. These sources are only able to disclose information on the condition that who they are is kept private.

Control Over Your Reputation

Without privacy, anyone could potentially know anything about you. Privacy allows you to keep information about you confidential in the first place. Anonymity on the internet lets you express your opinions without fear that you will be criticized or harassed in response.

However, if you find that information about you has been publicized, under GDPR, you have the right to be forgotten.

The Right to Be Forgotten

One idea that Europe has recently embraced in GDPR is the right to erasure of information that you’d rather keep private. This idea is referred to as the “right to be forgotten”. Part of a truly private system is the power of an individual to control their data from end-to-end. This means people should be able to decide if their data is collected, if it’s stored, if it’s shared, and if it’s visible to other people.

There are limits to this right, though. The person who wants their information removed must make a request for erasure and the party that is holding the data has one month to respond to the request.

Individuals have the right to delete their personal data in the following circumstances:

Privacy is essential for a user-friendly, consumer-focused internet. It helps protect people’s right to control their own data. The internet has gradually crept towards a system that has almost no privacy protection for users. The companies that run massive data collection systems have caused this shift, and are reaping the benefits, in the form of huge profits. 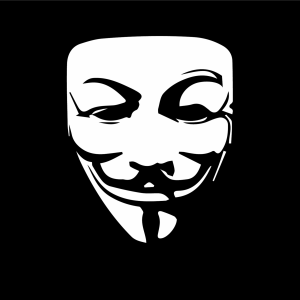